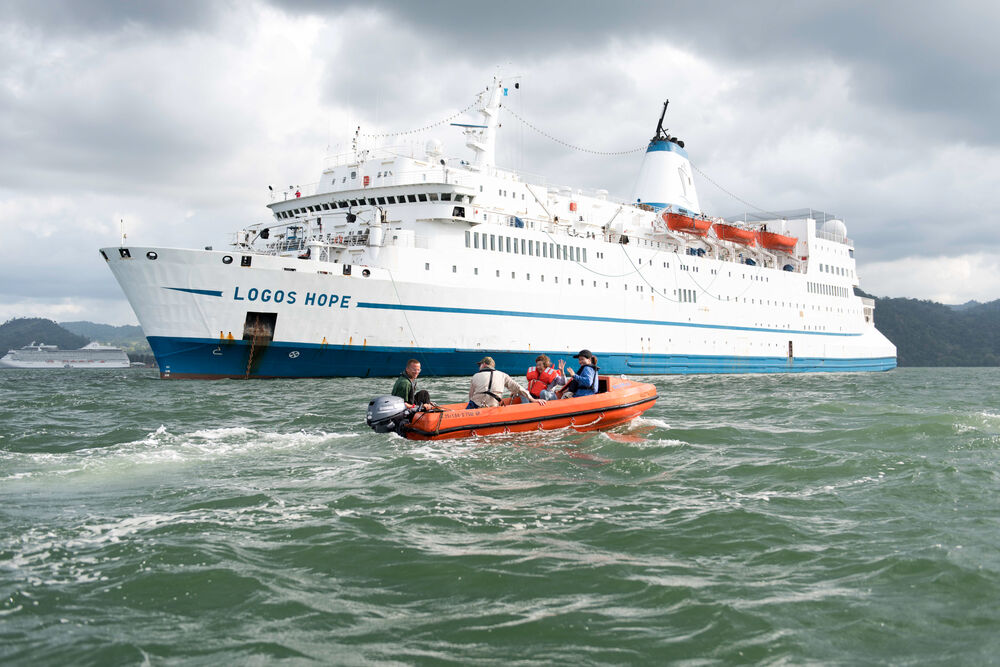 Logos Hope has renewed the engines in her rescue boats and is well-prepared for emergency situations.

"The rescue boats are a minimum requirement to operate a ship like this," said Logos Hope’s Chief Mate, Cristian Montaner (Chile).

The ship has two rescue boats, which are deployed in various drills including a 'man overboard' scenario.

"Our experienced seafarers and volunteers receive training on a weekly basis to respond correctly to this kind of emergency," explained Cristian. “Depending on the weather conditions, the crew practises lowering the boats to start the rescue tasks. They can achieve this in around six minutes,” he added.

The previous engines were bought in 2006 during Logos Hope´s outfitting phase in Trogir, Croatia, and it was determined that an upgrade was necessary after almost 12 years of use. The deck crew operating the boats in weekly drills noticed that their motors were becoming harder to start, were running more roughly and sometimes had trouble shifting into gear.

The $9,000 USD cost of replacing the two engines was generously funded by Logos Hope's partners in the Netherlands.

“We run both rescue boats' engines every week - even when we are in port - as required by international regulations for ships,” explained the organisation's drafter, Mark Wales (USA). Mark is an expert involved in much of the technical care of the forty-five year-old vessel.

"Something that affects the life of outboard motors is that they use seawater for cooling, which tends to form deposits and could cause corrosion. This happens even though we clean out the motors with fresh water after every use," he said.

Logos Hope has two rescue boats, five lifeboats and ten life rafts. “Although we have not had to use our rescue boats in an actual emergency, we must be able to depend on the boats and motors, should we face any event, so the only safe option was to replace the motors,” Mark explained.

"Once again, we can see how God provides and covers all the needs that Logos Hope has," Chief Mate, Cristian, said with gratitude. "We're thankful to those who donated the funds to help us continue with what the vessel is able to do right across the world through all these years."