Don’t let them be forgotten 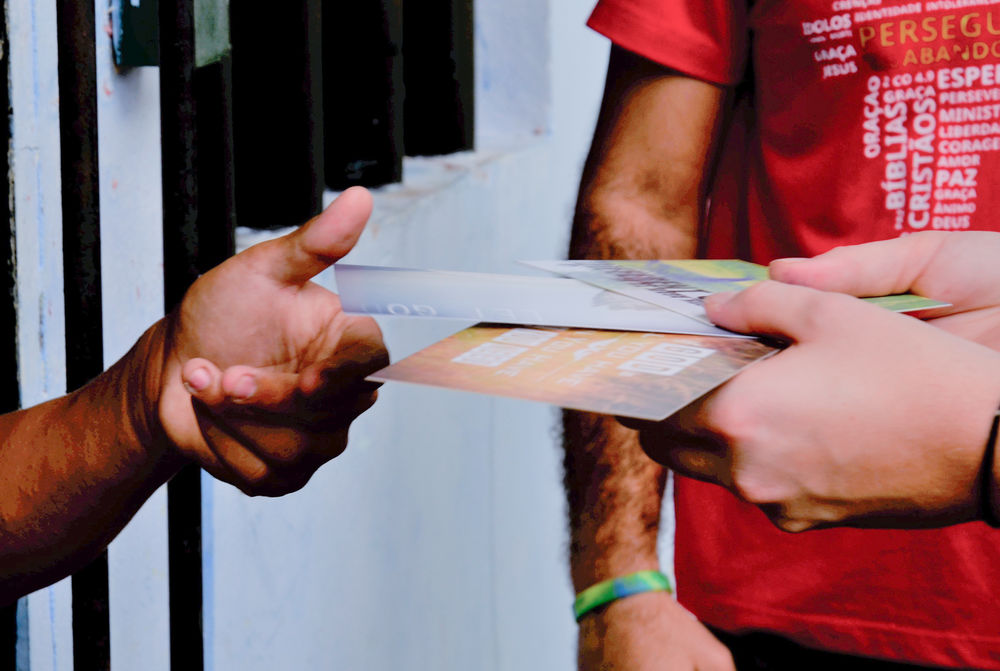 Alongside the organisation Pro Vida (For Life) crewmembers were able to visit every prison housing underage offenders in Belém. Paula, a British missionary whoworks with the Brazilian organisation, told the team, “I want to reach these people because no one else wants to.” Her words stuck in the crewmembers’ minds.

The prison was divided into sections, depending on the inmates’ behaviour and the length of their sentence they have still to serve. The crewmembers split into two teams in order to visit more people. To one of the young prisoners the volunteers said, “God is always waiting for you, you can always turn around and go back.” The young man seemed attentive and looked as if the words were resonating.

Tobi Mueller (Germany) felt peace, as he had a feeling that God had appointed his team for this encounter. “It helped me not to be nervous,” he explains. Tobi could tell the inmates about his faith in Jesus Christ. “I used to wonder why missionaries go to Brazil, because it is one of the least unreached countries I’ve ever seen – but I have seen there are people here who are unreached by the gospel,” Tobi says.

The crewmembers prepared postcards, on which they had handwritten different Bible verses in Portuguese as well as the name of each inmate they had spoken to. Leaving them with the young men, the team hopes each recipient can continue to meditate on the verses.

Back on board Logos Hope, as the team debriefed together, Mari* (Netherlands) said, “I hoped God would change the prisoners but during the visit, He also changed me. I kept thinking, ‘This is scary, I’ve never been in a place like this before,’ but once I was there, I realised that it’s good! Being with those guys was such a blessing. We should do that in my country.”

As they reflected on the young men’s situation, Mari exclaimed, “If you see someone sitting by themselves anywhere; someone no one wants to talk to, go and talk to them, because they matter!” The day opened the team's eyes to people – whether they are in prison, homeless or elderly – who are often forgotten, yet dearly loved by God.