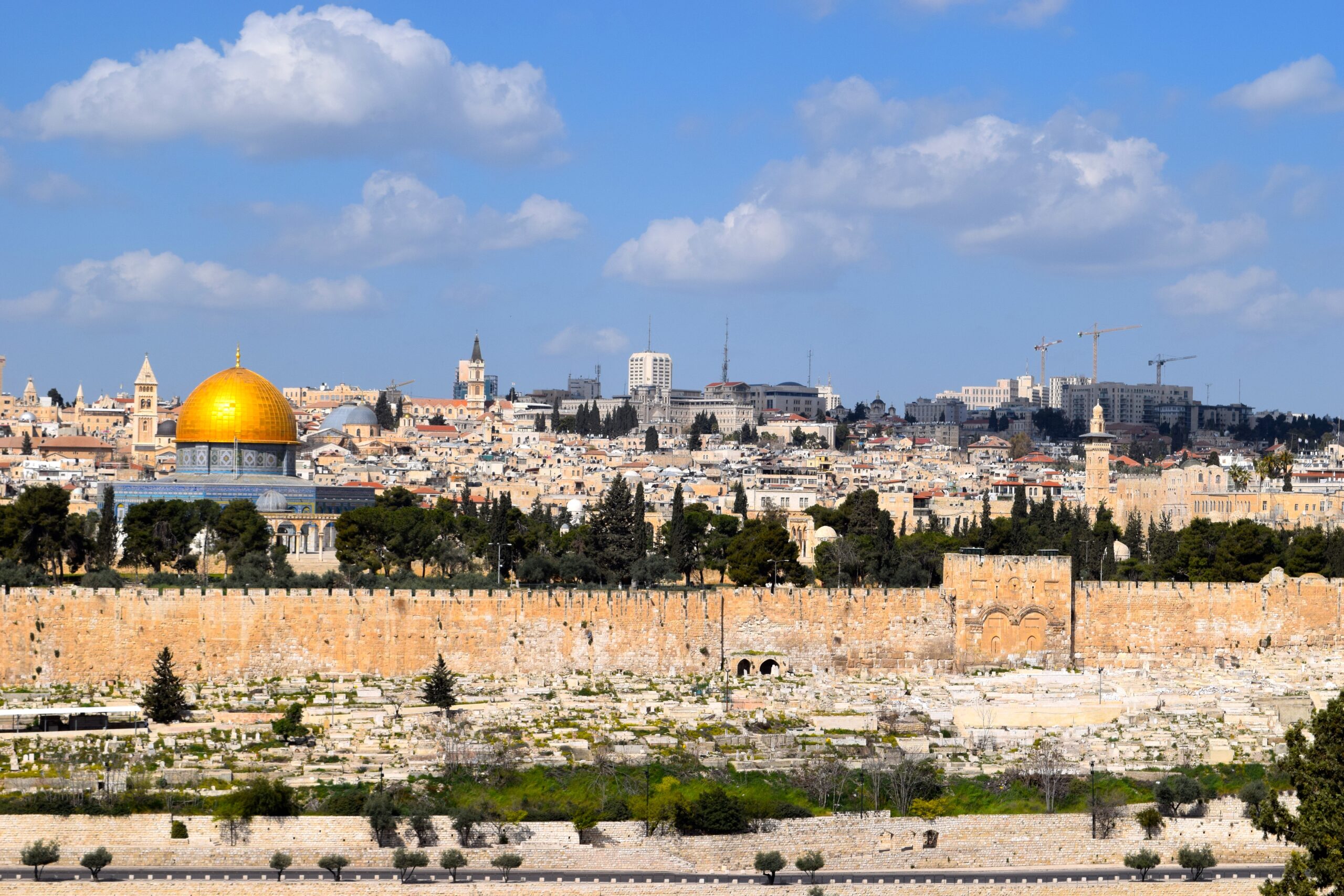 Israel is a diverse nation with a rich history but today, only one percent of the population considers themselves evangelical Christian

Israel. How does one explain her? She is the cool breeze blowing in from the Mediterranean and the banana groves thriving under acres of khaki-colored netting. She is the rocky urban wilderness, the ageless villages dotting the hills, and the plucky olive trees thriving in the city centers. She is all of these things and more.

She is the smiling young people in military uniforms waiting at bus stops and the Arab children playing soccer on quiet streets. She is the crowds of Orthodox men whispering memorized prayers at the Wailing Wall while excited tourists in shorts and sandals take photographs on their cell phones.

She is the giant menorah encased in bulletproof glass, waiting to be placed in her new temple. She is the Dome of the Rock, defiantly standing in the way of that new temple, and she is the winding streets filled with loud-voiced vendors plying their trade in the shadow of that proposed temple.

She is proud. She is scarred by a history of violence. She desperately needs to hear the message of Jesus, the God-man who worked as a carpenter in her  Nazareth, chatted with fisherman on the shores of her Galilee and died on a cross outside the gates of her Jerusalem.

Israel is a culturally diverse nation with a rich religious history. While evangelicals still make up less than one percent of Israel’s total population, many churches are growing, and local believers are reaching out to their friends and neighbors with the true message of salvation.

You can play a vital role in mobilizing and encouraging the church in Israel! Come join us for a summer or winter short-term outreach: Hope of Israel and experience the diversity of this unique country. One day you could be working on a sports program with Arab children in Nazareth, and the next day you could be sharing the gospel with religious Jews on the streets of Tiberias. You could be on the beaches reaching secular young Israelis in the morning, then going door to door in a Druze village on the Carmel mountain that same evening!

Thank you, Father, for the amazing country of Israel, for her incredible history, and for her legacy of hope. Thank You that Your church has been growing in this country of multiple religions. We pray for peace in this place of destruction and violence; we pray for an awakening of souls to You in this special place. Let Your Spirit fill this land from end to end and flood it with love and grace.

180 People Have Prayed
Support the Work in Israel

Give to OM
Go to Israel
Join our team to support the work in Israel. Find a short-term trip or long term opportunity now.
Book a Call
< BACK TO WHERE OM WORKS