Training up a nation 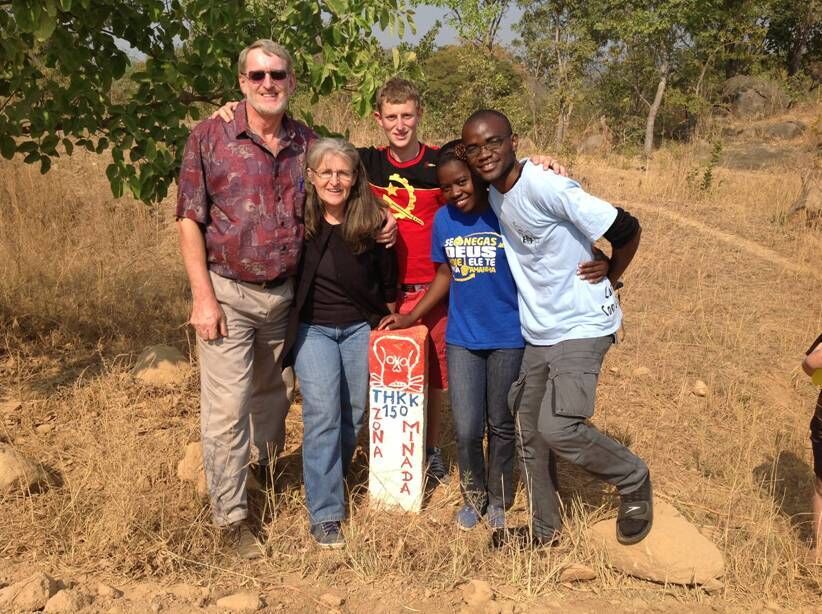 Why should a country that exports oil and diamonds have to import half its daily food? Over a dozen years after the end of a brutal civil war, Angola's economy is slowly rebounding. Yet residents can only expect to live an average of 54 years, and child and maternal mortality rates remain among the highest in the world. This country clearly has a long way to go; so does the Church.

Yet after many years of investing themselves in this southwest corner of Africa, Wessel and Joan van der Merwe report that their hearts overflow with joy to see a dream come true: Angolans are becoming missionaries in their own country. Marta, one of the most promising students in OM Angola's 10-month mission course, now feels a strong call to join the team long term. Nando, another student who took Petra College's correspondence course on children’s work this year and attended the "Walking with the Wounded” training in South Africa, has already joined OM. Unfortunately, while both of these young people have promises of some financial support, it is not enough for them to stay long term.

Meanwhile, the demand for Bible correspondence courses continues non-stop. With the help of local believers, the materials are being translated into another language, Luchachi. Wessel and Joan are looking to God to provide the necessary printing costs.

"One very big need, however," they add, “is the constant demand for Bibles! We cannot keep up with the need for Scriptures in Umbundu, Cokwe and Luchachi languages. People come daily to our base to ask if we have received any more copies."

Raising up qualified leadership for Angola's churches has been a priority for OM since its beginning. When the team saw that existing seminaries were often too expensive for the average person, they created a programme that would allow students to work and study at the same time. Seven Bible schools have now been established in Uige, Luanda, Menongue, Kuito Karnivale and Calai. Other institutions assist; Veritas College, for instance, offers a course called "How to interpret the Bible with the Bible". The Africa Leaders Institute in Namibia has also been involved, and the Christian Reformed Church in South Africa is committed to helping with both training and financial support of Angolan leaders in the same denominations.

With 44 per cent of Angola's population under 15, OM has a wide-open door to share God's Word with the next generation and teach them basic English. Children's clubs have been effective in reaching the un-churched. Programmes held every Saturday are impacting about 400 children in just two communities.

Thanks to contributions from a supporter in England, construction has begun on the foundation of OM's children’s centre in Menongue, another long-awaited dream.

"A lot of work remains," note the van der Merwes, "so we ask you to trust God with us for the time, hands and outstanding finances still required. We also ask prayer for a speedy registration process with the government and for wisdom, discernment and protection against all forms of corruption. Plus an individual or couple must be found to live on the premises and co-ordinate the work in our absence, whenever we go to Luanda or South Africa. With God's help, our centre will assist very needy children and orphans to reach the full potential He has for them."

Meanwhile, the team continues to train pre-school teachers and Sunday school teachers for Angola's churches. "So many do not feel well-equipped. We praise the Lord for opportunities to help teachers learn how to build relationships with their children, as well learn how to prepare and present well-balanced lessons."

Youth who once attended children's clubs and are now trying to stay faithful to Jesus in their teens also need training. Some committed Christian youth are volunteering their time to minister in the local prison in Menongue.

"Early every morning at 6:00, young people who were using--and sometimes still use—marijuana show up for discipleship training, ready to be equipped with God’s Word,” affirms the team. “We are very encouraged by their zeal, but sexual temptation is very big here. One of the devastating statistics of Angola is that 43 per cent of youth have had sexual relations by the age of 15."

OM Angola hopes to build relationships with the ever-increasing numbers of youth who are using drugs by making their property available as a soccer field. "We are excited about the opportunities for introducing Christ's way through the rules of the game. Please trust God with us for His time to start this ministry, as well as the right people to co-ordinate it."

Meanwhile, training is helping to close the gap between church leaders and the children in their churches and communities. This year OM Angola held its first advocacy course with the support of Petra College, which partners with the team in children's ministries.

The team's goal is that each leader and Sunday school teacher will make sure their children have assurance of faith in Christ Jesus, so they will experience His sincere love for them.

Angola's greatest hope does not lie in its oil fields or diamonds, but in its next generation. Will you join in asking God to raise up more Angolan young people to reach the world in which He placed them?