The Neighbour in a Foreign Land 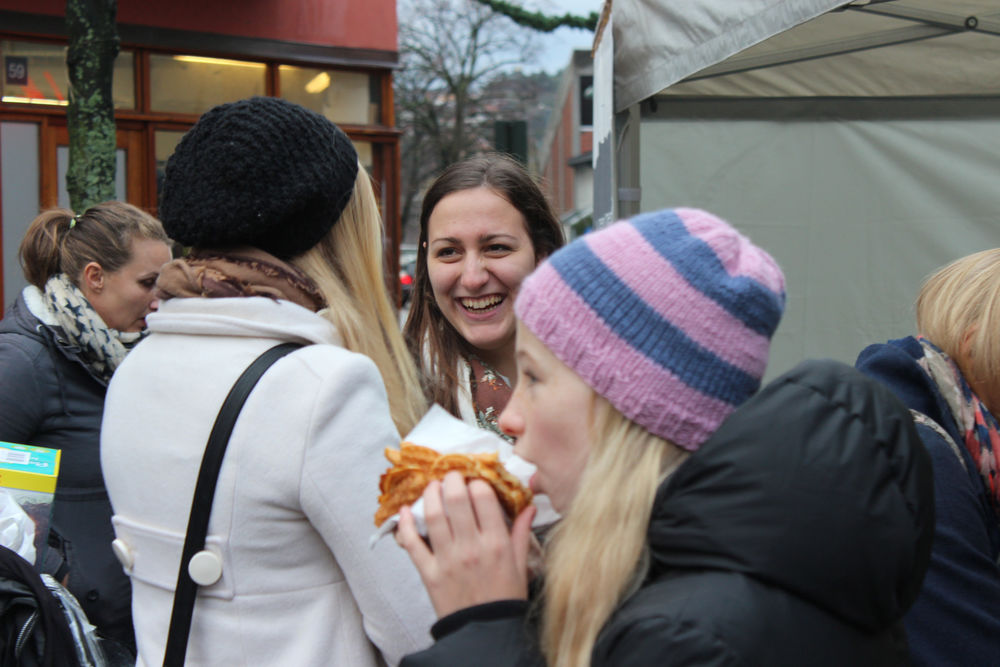 Shura (Ecuador) is a reserved young lady who travelled with a Logos Hope Outbound Team around Norway. Other than speaking at churches, the team also set up open-air stalls to share the Gospel over free waffles and coffee.

After facing difficulties communicating with locals, a discouraged Shura decided to leave the interaction to her Norwegian teammates and volunteered to prepare waffles instead. But the team soon met a man from Colombia who could speak little other than Spanish, and they had to look to the only Spanish-speaker on hand: Shura.

“There’s something about finding people from your own culture somewhere else in the world that allows you to connect,” said Shura, as she recounts striking up a conversation with this man. He had been attending a local church, but had doubts about the faith that he could not voice out in Norwegian. By the end of this divinely arranged meeting with Shura, he had found his answers, and prayed to accept Christ in his own language.

In her own words, Shura was amazed at “being able to pray for this guy and lead him to Christ in a place where I would have never expected to.” For someone who was beginning to wonder why God had put an Ecuadorian like herself in the middle of Norway, Shura was so encouraged to see how God made the most unlikely pieces fit in the most extraordinary way.