A new generation of leaders 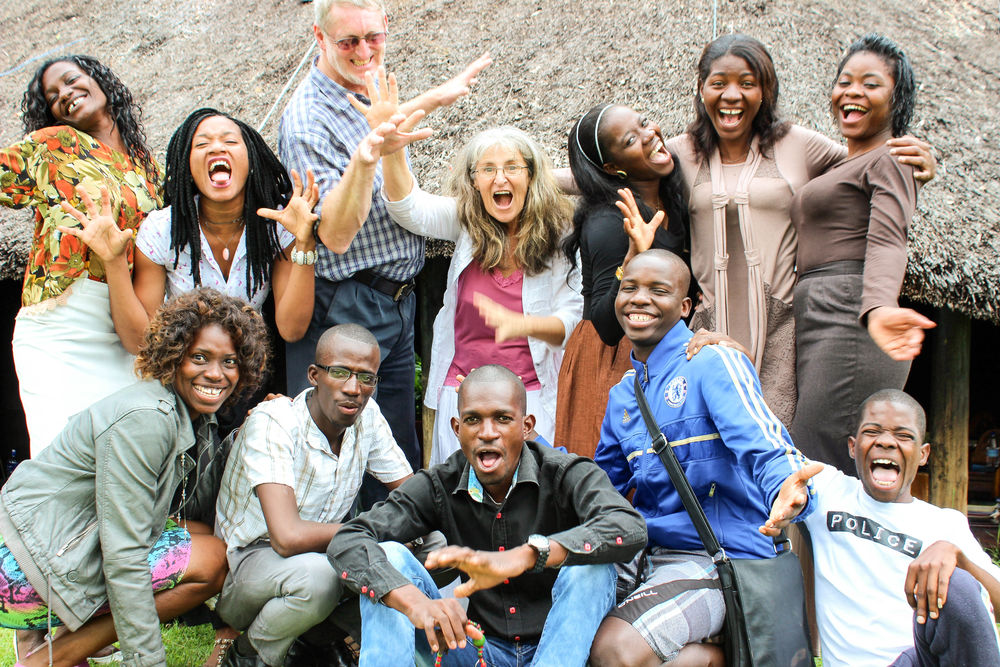 Statistics about Angola seemingly choke a hope for growth. Forty per cent of the country’s people live below the poverty line. Land mines still trace the land, remaining from the civil war that took place from 1975-2002. Malaria and AIDS strike a majority. Illiteracy, unemployment and lack of education are pervasive, especially amongst women. Most women are married by age 15 and with child by age 17. About 50 per cent of Angola’s population is younger than 14. It is a young country, soon to be passed into the hands of an abandoned generation.

Take Marta Seco, a 23-year-old Angolan, whose heart rests deeply rooted in the love of her Saviour: “Jesus paid our debts on the cross, for our salvation and unity. He wanted to save me. And [He] makes me strong.”

In 2012, Marta met Wessel and Joan van der Merwe, leaders of the OM work in Angola. Not long after, she began a year-long programme of intense studies with the two leaders.

Delving into Scriptures, discovering ways to serve the community, and learning how to operate new technologies, such as a computer, Marta developed a desire to be further discipled.

At the beginning of 2014, Marta committed to another year under the tutelage of Wessel and Joan van der Merwe, and nine new students joined her.

Seeing how beneficial the programme had been for Marta, Wessel and Joan felt an urgency to implement the programme with more young adults in the surrounding community, who had a genuine desire to not only reach their neighbours, but also spread the Gospel to the ends of the Earth.

And with that, the 2014 OM Angola discipleship programme grew to 10 students. During the year-long programme, the students live, eat, learn and grow together.

In December 2014, the students (along with family members, friends and local pastors) concluded the programme with a retreat to Rundu, Namibia. There, OM Africa leaders Francois Vosloo and Todd encouraged the students’ future footsteps and applauded their accomplishments. Those there felt the graduation was evidence of God pouring His hope into the future of Angola.

According to the van der Merwes, many young Angolans lead their lives without wisdom, guidance and counsel from older generations or parental figures.

“Even daily, the children wake up and decide ‘Will I go to school today?’” Joan says. “It’s all on them.”

“A sad thing is that many of these youngsters were introduced to marijuana during the time of war to let them feel strong, not tired, or hungry,” says Joan. “Many young Angolan soldiers say that marijuana was used in their camps. They also ate bullet powder to be strong.”

The war ravaged the country’s youth by placing them at the forefront of the fighting, consequently increasing their dependency on things the world attested would empower them.

When Francois Vosloo spoke to the students at the retreat in December, he identified that on a larger scale, globally and within Africa, the “biggest problem today is lack of leadership.”

But at the graduation, leadership, passion and faith radiated from the Angolan students, who were commissioned to stand firmly as leaders in their communities.

Some have since relocated to minister in areas where the Gospel is desperately needed, like one student who accepted the call to live amongst the “outcaste” Bushmen—a people group the students spent a week ministering to in 2014.

At the beginning of 2015, the van der Merwes accepted an intake of 15 new students. Like the first 10, they will grow together for a year—a year that could change not only their lives, but one day, the country of Angola.

Please pray for Wessel and Joan van der Merwe and the students. Pray also that God would build strong leaders who would impact Angola for God’s kingdom.