Investing in education and eternity 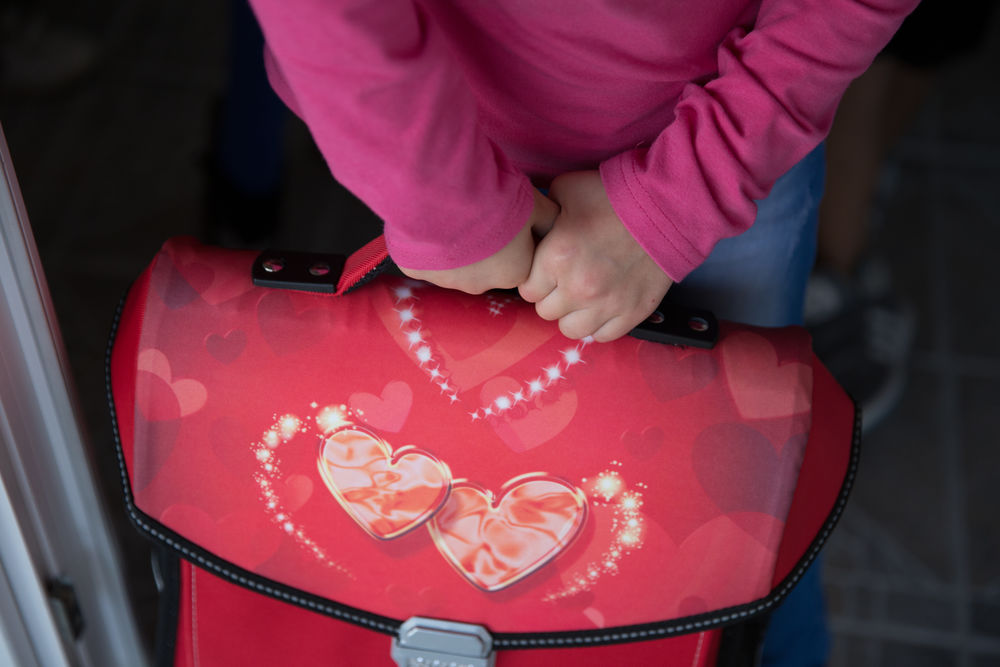 “We’re on top of the world!” Amil* a Bosnian student declared as an OM team and other local volunteers drove up winding roads in North West Bosnia-Herzegovina. Minarets rose frequently on the skyline as they travelled to remote Muslim villages. During two days in September the group of nine, including OM workers Jael, Yujin and Katie, distributed 250 donated new backpacks among disadvantaged children in seven schools.

Two vehicles arriving in a hilltop hamlet stirred the dust on the track as well as people’s interest. One woman appeared at her front door to see who was reversing by her house. Similarly, a man wandered to the edge of his cucumber field for a better view of strangers unloading donations outside their small school. The school director welcomed the visitors inside; passing rows of little shoes, they entered an assembly hall where young children shyly came forward to choose a bag.

In an area where farming is the main livelihood and unemployment high, many families struggle financially. Since parents have to buy all the materials that their sons and daughters need, receiving filled schoolbags brings relief and joy.

“I love seeing the kids’ faces when they take things out of the bags,” Jael said. In a first grade class, a boy stuck his head right into the backpack in his eagerness to discover its contents. Meanwhile, a girl excitedly showed off her pad of A4 paper with its cover picture.

Jael told each class that these gifts were from the church. For most individuals, the OM workers and local church members are the first followers of Jesus they have ever met. “I saw some mums smiling at us,” Yujin said. “Their faces were open as they listened to Jael.” The directors gave permission to enclose a letter for parents containing a Christian novel, published by OM’s EurAsia Support Team, with an invitation to order a New Testament. After just one day someone messaged Jael, requesting Scripture.

“The fellowship in our group was important,” Katie reflected. “Those who joined us, who don’t yet know Jesus, saw believers working together; they experienced it up close and were attracted to it.” Van driver Dalil* said he would drive for this project every day if he could, adding, “It’s nice to do good deeds with good people”.

Almost 400 children throughout Bosnia-Herzegovina received essentials for the new term. In the North West, Jael will return with Christmas presents of filled shoeboxes, continuing to build relationships and reach out.

A teenage girl rang a large cowbell, summoning everyone back to lessons. From windows in another school, pupils waved and called greetings to the distribution team before scuttling back to their desks at their teacher’s arrival. While the term continues, the blessing of schoolbags remains—a daily reminder of God’s provision and love.

Now in its twelfth year, Schoolbags for Bosnia is a project coordinated by OM Bosnia and OM EurAsia Support Team with generous donations supplied by individuals and a Swiss company.