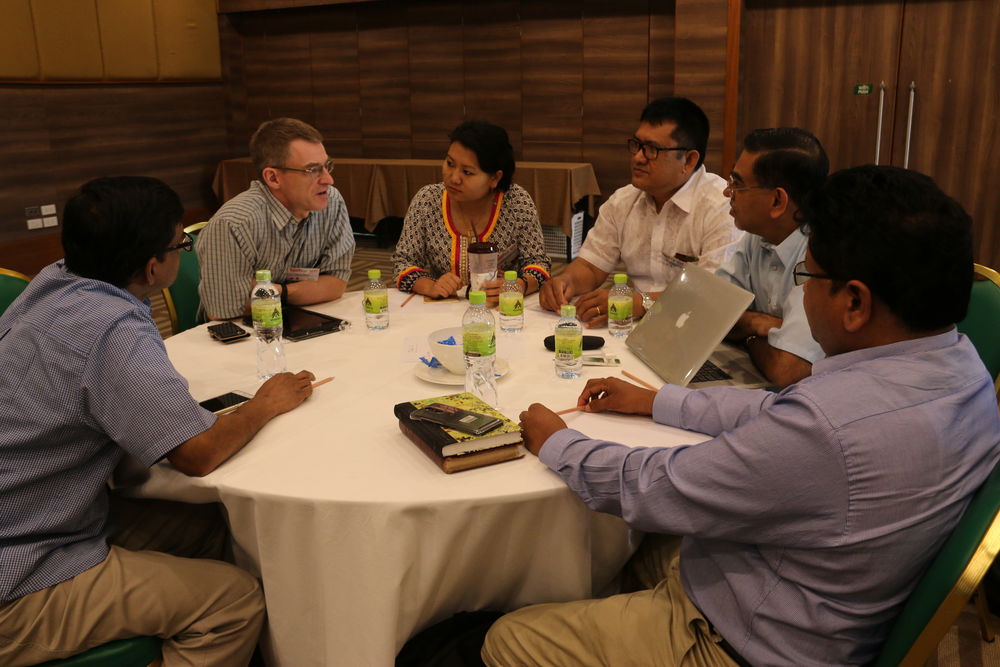 The scattering of people groups has been featured prominently throughout biblical history. In the 1st century, God used the Roman Empire’s persecution of the Jewish Christians throughout the world to spread the word of the coming of the Messiah. This became the key foundation of Christianity’s growth.

Today, in the 21st century, a similar opportunity presents itself in the form of large migration of people. Staggering figures show that the world has “shrunk” significantly and people have never been more mobile than now. As of 2015, India has the largest diaspora in the world with 16 million Indians scattered around the world [1]. No wonder the saying, originally referring to the British empire, has been updated to read, “The sun never sets on the Indians”.

The diaspora phenomenon has created opportunities to reach out to Hethne, a coined term referring to the Hindu people which makes up for more than a billion people worldwide [2]. This has led Dr. Ashok Kumar from Operation Mobilisation (OM) East Asia Pacific to conceptualise the Hethne Consultation, a global strategic network which shares the best experiences and ways to reach out to Hethne communities in India and around the world.

The inaugural consultation, held in 2015, garnered a highly enthusiastic level of response from participants all around the world. This led on to the second Hethne Consultation which was held recently from 11 – 18 February 2017, bringing together over 30 participants from nine countries across the globe to network with like-minded people with a passion for reaching out to Hethne.

The consultation was structured around key presentations given by some of the best teachers in the subject area, such as Dr. Prabhu Singh of South Asia Institute of Advanced Christian Studies (SAIACS), Dr. Sam George of Lausanne Movement and Dr. Todd Johnson of Gordon-Conwell Theological Seminary. Participants were also privileged to have spiritual inputs given by Chacko Thomas, from the OM Special Projects Team, through the daily morning devotions.

“The displacement of people is a powerful agent that God is using in our time to expand and build the kingdom of God,” asserted Dr. Sam George. “The displacement is creating a crisis in their faith - they are looking for the truth.”

Undoubtedly, a deeper sense of spiritual pursuit can be observed among migrant communities worldwide as their traditional or ancestral faith becomes irrelevant in the new cultures. Religion has been playing a fundamental role in influencing the lives and conditions of migrants in their new environments. Effective contextualisation of the gospel to these people groups will be key to gathering followers of Jesus.

“This gathering is historically pioneering to the growing influence of Hethne around the world. The network will give a new impetus to Christ-believing communities and churches,” said Dr. Ashok, who has been very involved in reaching out to Hethne for the last 30 years.

The consultation’s co-organiser, Rev. Shashikant Christian of Serving In Mission (SIM), affirmed the sentiment saying, “This consultation is crucial in our times to respond to the growing challenge of diaspora activities and religious fundamentalism, even amongst Hethne.”

Working together towards the future of Hethne outreach

Some participants expressed their surprise that the Hethne Consultation is one of the few networks currently focused on reaching out to Hethne and targeted at mobilising workers to reach them.

Dr. Johnson commented, “What the Hethne Consultation team is doing right now is absolutely essential for the future of Christianity because the gospel is finding its way outside of the traditional boundaries. The organisers and participants involved in this consultation are doing a great service to the body of Christ to study this carefully, to join hands together and to see the gospel moving into Hethne communities.”

Calling it a “Spirit-directed initiative”, Dr. Prabhu added on that through this consultation, he hopes to see greater community bonding among those who are working with Hethne so that there is better coordination and effective learning across similar ministries.

Feedback from the consultation was very positive. Participants felt that their expectations were met through deeper learning of Hethne communities and strategies to reach out to them. Having a common platform allowed the exchange of ideas which enables more effective and meaningful ministry.

“It is important to understand the real issues with Hethne and how Jesus sees their situation,” shared Helen from InterServe. “It was particularly helpful to learn from people who have studied what the Bible says about culture very deeply.”

Some participants have even stepped up to volunteering in the planning process of the next Hethne Consultation.

The Global Hethne Congress, scheduled to take place from 12 – 17 October 2020, is now eagerly awaited. Dr. Ashok and his planning committee are envisioning a participation of at least 1,000 people representing different groups of people from 100 countries, with 25% of them being Hindu-background believers. “Hethne 2020”, as it is called, will be moving beyond a consultation, but a movement where mission agencies and churches across the globe work together cooperatively towards a shared vision of reaching out to one of the world’s largest ethnic communities.

Hethne is a ministry of Operation Mobilisation (OM) in collaboration with World Evangelical Alliance Missions Commission (WEA MC). The Global Hethne Congress 2020 is a strategic network which aims at bringing together 1,000 Christian leaders and practitioners from all over the world to share their passion and best experiences in touching the lives of Hethne.