Roughing it with the Bushmen 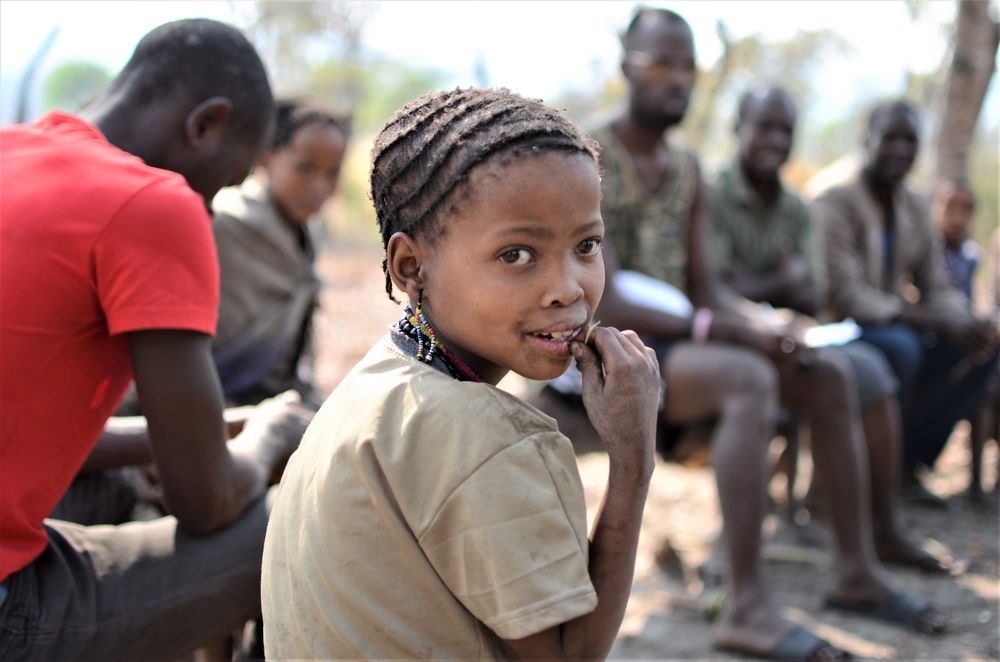 For five years, OM Angola Field Leader Wessel van der Merwe and his wife, Joan, have been directing a missions training programme for local Angolan young people. And for five years, they’ve been taking their students away from the comforts of normal Angolan life and into the wilderness where the Bushmen dwell.

The Bushmen of Angola, historically hunters and nomads, have been forced in recent generations by the Angolan government to remain centralised and solitary, left with little opportunities to preserve their cultural heritage and quality of life; as a result, a community once culturally rich now suffers in relative silence, far removed from the average Angolan.

Wessel’s weeklong outreach with his missions training students offers an opportunity to disciple others on multiple fronts. For the Bushmen, it’s a time to receive basic biblical teaching about God, salvation and Christian living, while enjoying fellowship with the outside world that they often can’t experience in isolation. For the students, a week with the Bushmen serves as a practical illustration of the more theological missions teaching they receive throughout the one-year programme.

Indeed, the outreach is the pinnacle of OM Angola’s missions training and, for that reason, Wessel places a strong emphasis on pushing his students to their physical limits. Living like the Bushmen do, in their environment and with the same lifestyle, Wessel says, gives the students the chance to see what life is like for a missionary who is committed to reaching the least reached.

“The outreach is for us to let the students see and experience the reality of reaching an unreached tribe, and the difficulty, the language and food,” he says. Even travelling to the Bushmen is a physical challenge; though the distance is less than 200 kilometers and can be travelled by vehicle in just a few hours, for the past two years Wessel has made the students cycle the journey over three or four days. The exercise gives the students an idea of just how far-removed the Bushmen are from civilisation.

“We can give them a cross-cultural experience right here in the country,” says Joan. “We don’t have to go outside. Most of the students are from the city—the most difficult thing is for them to leave their culture.”

The “survival training” serves its purpose, though: since the students arrive at OM Angola to learn about missions, with an emphasis on discipleship and church-planting, the outreach prepares them for both aspects on a long-range scale.

“We put quite a bit of pressure on them, so we can discover our weaknesses,” Wessel says, including himself in the challenges of Bushman life. “We hope someone can catch the vision and say, ‘I know it’s difficult, but it’s worth it.’”

While visiting the Bushmen, the students work through programmes that they prepared beforehand, teaching the locals in twice-daily lessons.

Last year, the students taught the locals about the nature of God—“Who God Is.” In September 2017, Wessel took this year’s team of 17 students to the Bushmen, where they taught on sin and its impact on our relationship with God.

“It took quite a while to get into the Bushmen tribe,” he says. “There’s a lot of animosity toward outsiders, because of what the government has done. It gives the Bushmen a sense of fear. It wasn’t easy for them to accept us, from adult to child.”

Now Wessel makes regular trips throughout the year to visit the Bushmen, in addition to the annual outreach. He’s hoping to bring one or more of the Bushmen to the OM Angola training centre in Menongue, where he can equip them to disciple themselves. Coupled with the outreach, Wessel’s focus remains on taking biblical discipleship to the least-reached of Angola—and mobilising young people to share in his passion.

“You know why Africans have this Gospel?” Wessel asks his students. “Someone in Europe risked his life and he came over. Many of the missionaries passed away, risking their lives so we could have it. So what are we going to do?”