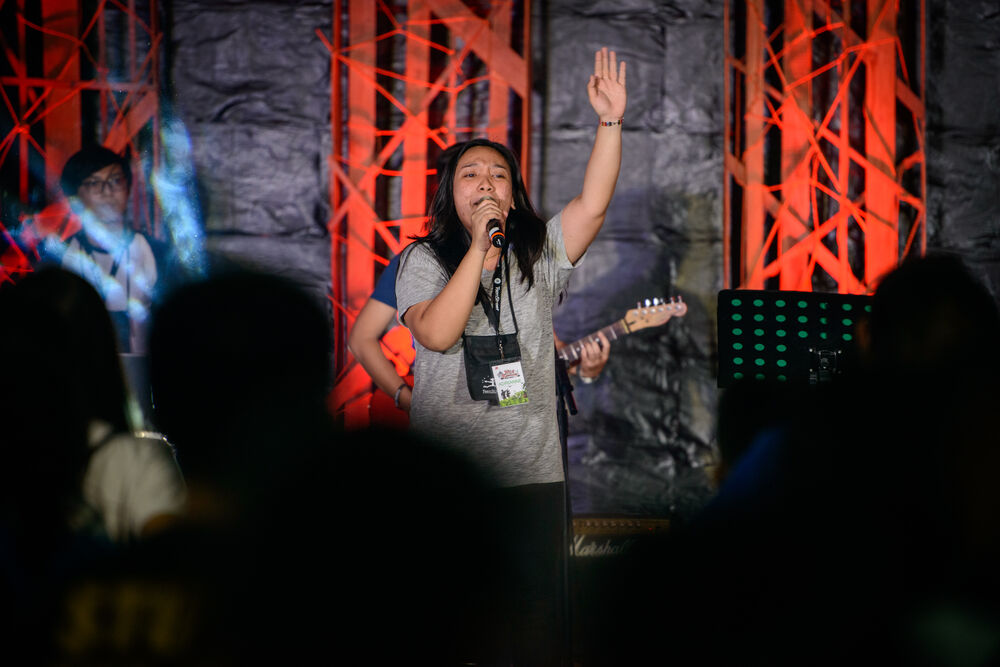 “Jesus is not enough—I mean, He is enough to get to heaven, but you need other people to help you in your spiritual growth with Jesus.”

This was only one of many thought-provoking statements that TeenStreet founders Dan and Suzie Potter doled out to the participants at the first-ever TeenStreet Philippines. The four-day youth event, which was held 28 to 31 October 2017, took place at Cebu Hidden Paradise Mountain Resort in San Fernando, Cebu, and involved 105 participants, 21 coaches and 58 service crew members. The theme of this year’s TeenStreet Philippines was Wild Kingdom and had the goal of discipling and encouraging the spiritual walk of young people.

One thing that set TeenStreet Philippines apart from other youth camps the participants had attended before were the programmes it had to offer. Most days began with a Wild Kingdom session taught by Duzie (Dan and Suzie), who spoke on a variety of topics that all touched on spiritual growth, such as putting God’s Word into practice, cultivating God Time (or personal time with God) and walking on the narrow path to God. This was followed by Net Time where participants were grouped together with a coach and discussed the teaching sessions. This was also the time for participants to write their reflections down in their manuals.

Time was set aside for participants to corporately worship God during what is known as Throne Room––a praise-and-worship session led by a band, where they could sing, dance, paint, or journal thoughts to God. Jenilyn, 15, stated that she particularly enjoyed this time, saying, “Seeing other people cry [while] worshipping the Lord touched my heart.”

Shhh Time was a daily 30 minute quiet time that all attendees participated in. During this half hour, teens were encouraged not to talk to anyone, but to spend time with God through journaling, reading His word, or simply listening to Him amid the nature of the venue.

In the evenings after dinner, teens mingled with one another and participated in open mic sessions, played board games or hung out in the Interactive Zone, which was renamed Jungle Time to fit the week’s theme. Another Net Time wound up the evening before teens headed off to bed.

For many participants, TeenStreet was a time where they drew closer to God and learnt new ways to grow in their spiritual lives. One teen, Julius, 18, said, “My TeenStreet [Philippines] experience was really amazing ’cause I got to meet people that were so inspiring, who desired to share the gospel, to know more about God, and that’s what I really need because…I get to have these really worldly desires. And I get worried. Where am I going? Or what’s my path? What’s going on with my life? And with this camp, I really realised things, and I thank God that I’ve been part of this, that I got to meet people that really changed my mind and helped me know what God really wants me to do.”

For another teen, Ernest, 14, one topic shared during the Wild Kingdom sessions made him think hard about the way he serves. “I’m a very lazy person,” Ernest said. “And it’s weird because I have this ministry in church—I serve in the praise and worship [team]. I can serve God—that’s what I think, I serve God—but when I serve my parents and others, I seem very mediocre about it and I don’t really put my heart into it. So that really struck me a lot. I learnt that I should not be only serving God but I should be serving others as well.”

Eivind, 17, stated, “I learnt a lot of things, especially in regards to God Time because all I knew about God Time was that you only have to read the Bible, meditate on it day and night. But I came to know that you can actually do something and your focus is on God while you’re doing it. Dan said he would draw while listening [to the praise and worship], so that’s how he worships. I didn’t know that you could do this and that it’s already God Time. It really changed my perspective.” Eivind, an avid jogger, vowed to spend more time with God while out and about on his jogs.