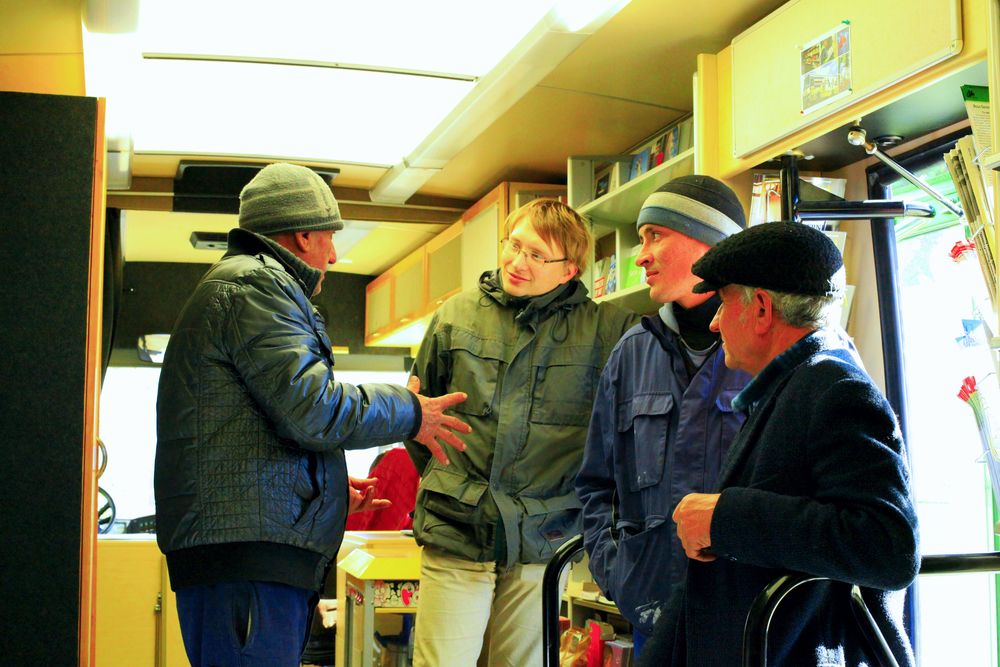 Bus4Life, OM’s mobile ministry centre, has been successfully registered in Hungary. Formerly owned by OM Finland, the ownership of the vehicle was passed onto OM Hungary earlier this year. The process to change the registration from Finland to Hungary took about two months.

It may well have been the first time the Hungarian authorities had seen a Finnish library bus that is being used in Christian ministry. At first, they needed to determine what to call it. Then the number of seats caused problems as there are no seatbelts in the back and the seats are sideways. The official number of seats had to be reduced from nine to two. All documents needed to be translated which required finding a professional translator who does automotive translation from Finnish to Hungarian. At the end of the lengthy process stood the price: brand new Hungarian licence plates.

With the registration and some initial maintenance work done, Bus4Life is getting ready for another year of ministry in Central and Eastern Europe. Its newly recruited driver, Teemu Laitinen, will travel to Hungary over the Easter weekend, hopping behind the wheel shortly after. The first outreaches of the year are scheduled to begin in early April.