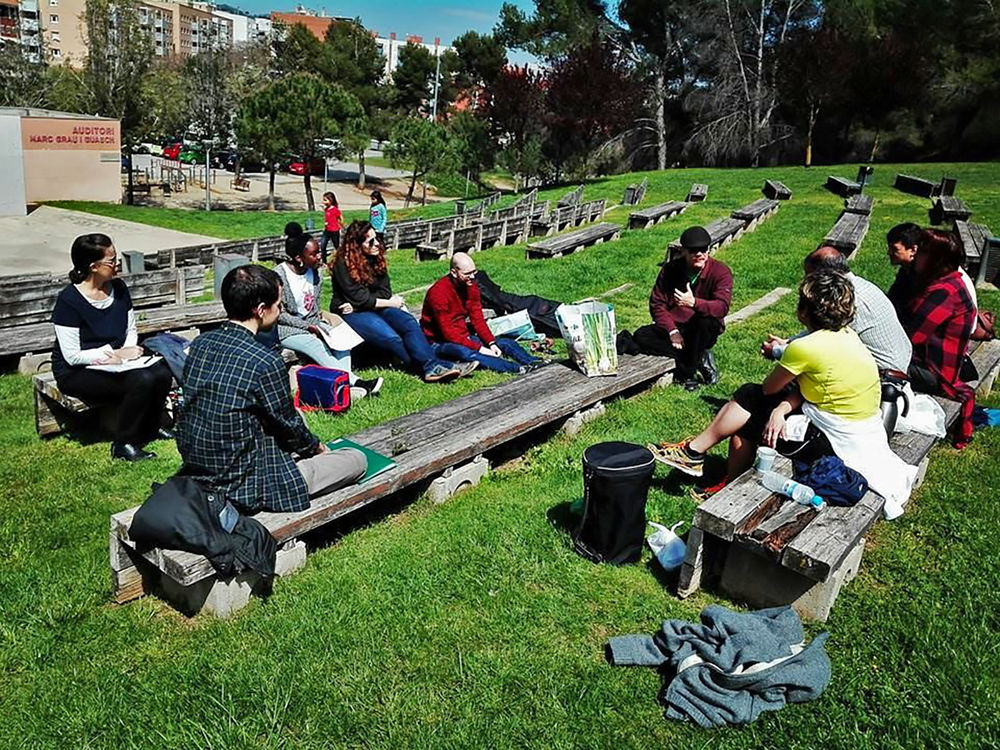 Visiting a park—week after week, year after year—carrying a bunch of little bags filled with kikos (toasted corn). It may sound like a very simple thing, but it is the way God has shown His love to many young people in one town. In fact, when some of the young people see OMer David arrive at the park, they say, “Look!  Here comes the one with God’s kikos.”

How to reach the youth of Catalonia, Lord? How can we take Your presence and Your love to them? “Getting to know them, loving them, spending time with them,” seems to be His answer. And that's what the OM team tries to do when they give the youth free language or math classes, or when they offer them a small bag of toasted corn.

“This is something that happened to me in a park near our home a couple of weeks ago,” David said. “One afternoon I went to a group of six teenagers, aged from 16 to 18 years old, who were playing cards and chatting together. I gave them some bags of toasted corn, and when they asked me why I did it, I told them about our generous God, and I asked them: ‘If you could ask God for anything for you today, what would you ask him?’ Then I offered prayer and all but one accepted it.

All those who received prayer noticed something very beautiful when I prayed for them, so I asked them to read Revelation 3:20 on my cell phone and challenged them to surrender to Jesus. But they had their doubts. They said that they did not have so much faith.

I told them that this was normal. I would not have so much faith, were it not for the things that I myself have experienced with God. That aroused their curiosity and they asked me what I had experienced. So I began to explain my testimony of salvation. However, when I was still halfway through my testimony, one girl, Paula, put her hands on her head, complaining of a sharp headache. I offered prayer again, but she said, ‘No. I'll take an aspirin later.’ But as I was feeling the presence of God with us, I dared to touch her forearm and simply spoke a short prayer of healing.

Suddenly, one of the boys, Alberto, interrupted my prayer, demanding I continue with my story. I then finished sharing my testimony of salvation (which took me just a few more minutes), looked at Paula and asked her, ‘How is your headache? It’s gone, isn’t it?’

She looked at me, and her face was filled with wonder. ‘I'm completely fine!’ she said.

She had asked in the opening prayer for God to show her that He loves her, so I said, ‘Don’t you realise? You asked God to confirm His love for you today, and He has completely healed you of a headache. See? He really loves you!’ They were so overwhelmed by everything, not even knowing how to react.

I gave everyone my personal card and invited them to send me a WhatsApp if at some point they wanted to know more about Jesus, or if they just needed to talk to someone.”

That small snapshot shows how, week after week, and with los kikos de Dios (God’s toasted corn), God is planting the seed of His love and His presence in the hearts of the youth of Catalonia.