The most valuable work 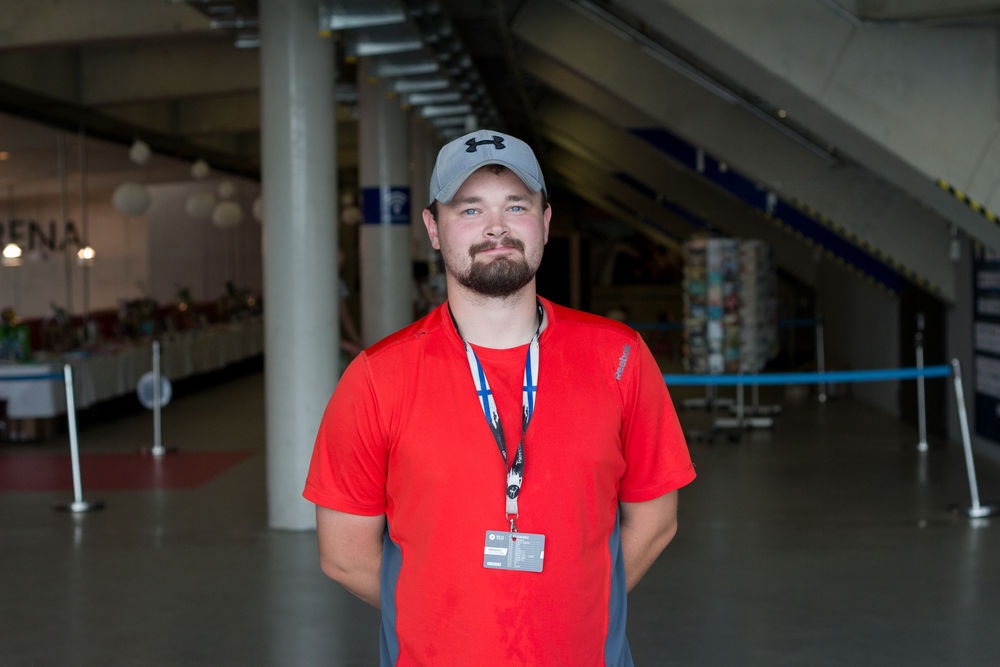 This story begins with a need: a need for more male coaches. Also, two nagging younger siblings, begging their big brother to go with them to TeenStreet (TS). Finally, the then 19-year-old Kari (Finland) gave in. He would join his little brother and sister at TS.

Today, Kari (now 23) is serving at his fourth TS. He’s only missed one TS since coming here for the first time, and that was because of his military service.

“Something about the first TS really spoke to me”, Kari says. “The concept wasn’t that new, as I had coached and mentored youth before, but the massive size of it all was impressive.”

The international atmosphere, and the Throne Room worship were "breath-taking". “My own questions and doubts were answered; all the while I was working with the teenagers.”

Working with youth is where Kari feels nearest to his calling. “I’ve come to understand what the significance of spending time with young people is,” he says. “There are very few role models for them these days, and especially few for young, growing boys. They are trying so hard to find their place between the Christian and non-Christian worlds, and at times, it’s quite the balancing act. The contrast between the two worlds is so stark.

“They are faced with big questions and difficult life situations. What does it look like to be a man in this world? What is healthy sexuality like? How should women be treated? How are feelings and emotions dealt with? It’s hard [for them] to find men who can act as mentors and role models and support the boys in the middle of everything.”

As a teenager, Kari described himself as “quite the thinker”. He was in the habit of separating himself from others and shutting everyone else out. He says he had to learn how to be with people, and how to treat them. The first step towards growing into the mentor and encourager he is today was at his (Lutheran) confirmation camp.

“The camp itself was a way out for me,” Kari recalls. “I struggled with being lonely, and I didn’t know how to go to people. The camp offered such a special environment; I was simply dropped in the middle of it. It was the first big answer to prayer I ever got.”

After his confirmation, Kari served as “a big brother” at Christian camps, and slowly began to realise that his calling was in sports and coaching. A year ago, he became a certified massage therapist; he is also a physical education instructor. This past year, he worked at an afternoon sports club for teenagers. Before coming to TS 2018, Kari spent a month in Italy and Serbia with the European Christian Sports Union (ECSU), participating in their leadership training.

Being part of TS has made a lasting impact on Kari’s life: “The first TeenStreets were like big sign posts confirming the call to youth ministry and the sports.”

‘The most valuable work’

At Thursday’s country meeting, Kari’s NET group wanted to share about their week with all the TS participants from Finland.

“We’ve been talking to foreigners every day, and we have prayed with a number of them,” they rejoiced. “We have seen incredible growth in ourselves, and we’ve gotten so much bolder with sharing our faith. We recommend boldness!”

The group wanted to thank Kari for another good TS (all but one had been in Kari’s NET group before), and share one of Kari’s sayings with the whole group: “The more you give, the more you gain.”

The teens described Kari as laid-back and sincere. “He’s someone you can talk to about anything. We look forward to each NET time, because we know we get to talk again. Without Kari, TS wouldn’t be half as good.”

Kari is proud of his group. He says they have been able to discuss and think through some big issues during this, and previous, TeenStreets. “When you see the growth that’s taken place over the years… as an empathetic individual… how could I say I don’t want to do this? This is the most valuable work anyone could do.”