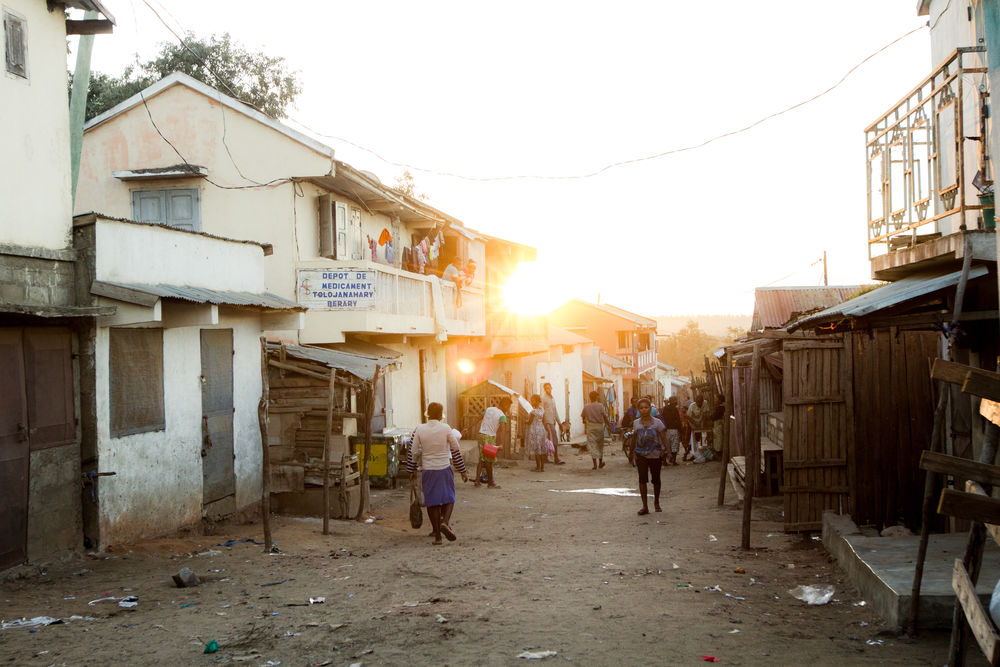 “I became a Christian when I was four years old at the breakfast table,” said Deborah James (UK). “I saw that my parents had God as a friend and wanted that for myself…. God also told me that I would go into missions [in Africa] at the age of four, so that part of my life didn’t come as a surprise.”

After high-school, Deborah did a GAP year programme in Mozambique to learn where in Africa God was calling her and how she could use her skills to share His love.

It was there that Deborah saw the need for equipping the African church to reach out to children as they often did not have programmes for the younger generation.

“People often see being a child as a waiting period, but I know that children can be used by God in amazing ways while they are still young,” Deborah said. “We need people that will disciple and equip children.

“For me, there is nothing better than seeing children who know they are loved, can hear from God and are learning to live in a Christ-centred way before they have too big of an influence from the world. We need to disciple kids—not just tell them stories of who Jesus is and wait until they are older to go deeper.”

Returning to the UK, Deborah began searching for opportunities to go back to the continent God had placed on her heart. When she and her dad found the same opportunity online—on the same day—she knew that she had found her destination.

Deborah was immediately struck by the friendliness of Madagascar. “Even just meeting the team at the airport, they were so happy to see me,” she remembered. “The Malagasy people as well; if you just say ‘hello’ in their language, it’s like you’re their best friend.”

To learn the language Deborah attended an intensive two-month course. “I wasn’t a very quick learner,” she admitted. “When you try to remember a word, and someone says it 20 times, and you still can’t remember it, it gets a bit frustrating, but it’s part of the process.”

The biggest help in learning Malagasy came from a surprising source: taxi drivers. On her weekly shopping trip, Deborah improved her vocabulary as the taxi drivers helped her by miming out the unknown words in their conversations. “They really had patience and they didn’t expect me to be good, so they really helped me,” she said.

“[We talked about] everything…usually whatever had been in the news. Like when there was the royal wedding in England we talked about weddings in different countries.”

“You can’t train someone before you’ve done it yourself.” With that conviction in mind, Deborah began helping at Gloria’s kids' club to gain hands-on experience.

Every afternoon, anywhere between 15 and 30 children cram into Gloria’s small living room to hear Bible stories. Though she had a big heart for children, Gloria lacked vision and knowledge on how to make the Bible relevant to her audience. Deborah and a local team member, Miora, were able to help Gloria plan out the meetings and involve the children more.

“We’ve really seen a change [in the children],” Deborah shared. “They still misbehave at times, but it’s not in the same way that they used to.”

“A lot of it I think has been about sharing love, teaching the kids how to share love with each other,” she continued. The children have begun sharing that love with their community as they tell Bible stories and pray with their family and friends. One girl started praying at school and now her teacher begins the class in prayer.

After a year of journeying with Gloria, Deborah and Miora no longer attend the club, though they continue to offer Gloria support. “Gloria’s club is at a point now where it is sustainable,” said Deborah. “Gloria has grown in confidence and skills and is discipling the kids in her community. …She has already started to train people at her church.”

Near the end of 2019, Deborah will trade the hustle and bustle of the capital for the dusty streets of Ambovombe. There, she will start a kids’ club and begin training effective children workers.

Located to the south of the island, the Androy region is home to the Tandroy—a people group who often feel isolated and forgotten.

The ruralness of the region doesn’t daunt her, but Deborah is aware that there will be challenges such as spiritual warfare, learning the Tandroy dialect of Malagasy and physical challenges such as lack of water and very basic facilities.

“There’s been times where I thought: ‘Am I too young to do this?’ or ‘Am I experienced enough?’ and then God’s done something with the kids or shown me something that we’ve done and it has really shown me, no, it’s OK,” said Deborah. “He’s got a plan.”