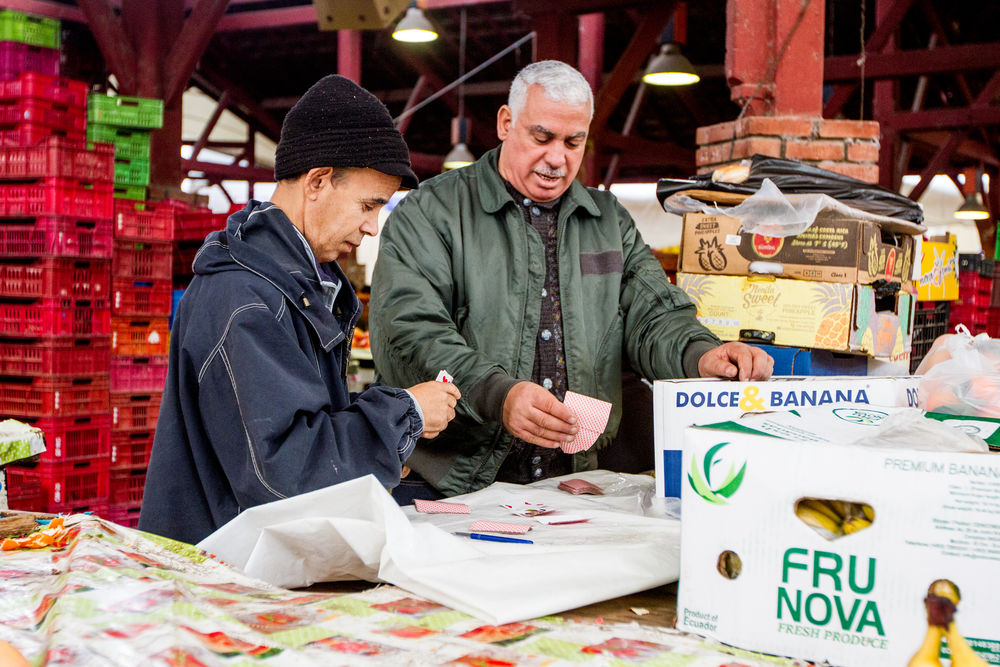 “From the time we arrived in North Africa until today, the spiritual situation has really changed. There are house churches in places where there were no house churches before. There is more interest among people in the gospel. The younger generation, they are interested. They are seeking for information; they want to know more,” explained Oliveira*(Brazil), who has served in the Middle East for over 20 years.

Since the Arab Spring, which began in 2010, Oliveira noticed that people in North Africa have been less fearful of asking questions—and searching for answers to those questions on the internet. Still, despite the increase in people seeking truth and evidence of new small groups of national believers meeting in various places, less than one per cent of the country’s population are Christians.

For the last couple of years, he has partnered with media outreach organisations, meeting one-on-one with people in his host country who have specifically requested spiritual follow-up. “The goal [is] that as we build friendships, they will introduce us to other people, and what we are sharing, they will share with others,” he said.

It’s a pattern Oliveira has seen before. In one city, a lady became a believer and led two of her nieces to the Lord. In another city, someone else decided to follow Jesus and shared with several members of his family, who also became Christians. “It can start very small,” Oliveira said. “Once you have one person that becomes a believer, you can disciple this person, you can encourage this person, you can challenge this person to share what he believes with people who are important to him.”

Oliveira and his wife also spend time praying for and travelling to an area of the country known as a ‘black hole’ in terms of spiritual interest. There are no known believers and no requests for Bibles or other information originating there. North Africa “has a very rich Christian heritage,” Oliveira shared. “Some of the fathers of the church came from this place in the early centuries… Our prayer is that God will revive [spiritual interest] and do again what He has done in the past.”

At age 16, he recognised his personal need to follow Jesus. Through reading the Bible by himself and studying the wisdom found in Scripture, he accepted Christ. “Reading God’s word is the primary way God speaks to me,” he shared.

After he became a believer, someone invited him to a missions conference. “I didn’t know what it was about because in my church, no one spoke about mission work,” he admitted. Because the pamphlet advertising the conference was so nice, he decided to attend anyway.

At the conference, Oliveira was amazed by the stories the missionaries told. “Wow, in my church, the sermons I heard were: ‘What happened in the Bible stayed in the Bible. It doesn’t happen today.’ But what I heard in the conference was that the book of Acts is still [happening],” he realised. “When I came back from [the conference], I was not the same, and I wanted to be involved somehow.”

Oliveira started to attend prayer meetings with the OM team in Rio de Janeiro. In 1980, he received an invitation to join the ship, Logos, as part of a training group for young Latinos. After receiving an unpaid leave of absence from his job, Oliveira travelled to his initial training in Argentina. Six days in, he learnt that the ship had sunk.

The group decided to continue the programme on land, and Oliveira spent the next year travelling through Argentina and Brazil—sharing the gospel on radio and television, doing door-to-door evangelism and participating in discipleship training at churches and seminaries. After one church presentation, Oliveira felt the Holy Spirit convict him: “You challenge people to give their lives to serving in missions, but you have not done it yourself.”

To serve in missions full-time, Oliveira first had to convince his parents, especially his mother. “She didn’t like the idea at all,” he remembered. “She thought I should continue to work; I was too young and should be married and many things.” He also had to quit his job. The director encouraged him to stay, even offering an additional year or two of unpaid leave. But Oliveira was certain of his decision: “I signed the job release papers and I left, then I joined OM."

At a missions conference in Europe, Oliveira had his first experience with Muslims in Spain when he met a young man from Morocco. “Sitting at the port, I shared the gospel with him, and, actually, he accepted the Lord,” he remembered. That sparked a desire in Oliveira to continue sharing God’s love with people who had never heard.

Back in Brazil, he served in a training centre where workers living in different countries regularly came to share with the students. “Even though I was working in the administration of the training, many times I was in the classes as well,” Oliveira recalled. As he listened to more people tell their stories, he recognised his growing interest in people who didn’t have access to the gospel, especially Muslims.

He prayed for several months and then decided to go to North Africa, a move which required him to first learn English, then Arabic. Although his host country has changed since then, his purpose has not: praying, ministering to people in their heart language, seeing new believers form house churches and investing in discipleship continue to be God’s call for Oliveira.