Working for Much More Than a Paycheck in the Arabian Peninsula

Being a witness for Christ in areas where it is discouraged or forbidden has been a major mission challenge throughout history. The motives of foreign workers in these lands may come under suspicion. Credibility has to be earned.

OM engages bold yet wise professionals to demonstrate kingdom living in a region where speaking openly about life in Christ comes with great risk.

Marketplace jobs give Christian workers a legitimate reason to be in the host country, putting them shoulder to shoulder with people of the country they’ve come to serve and overcoming credibility challenges. Salaries provide or supplement financial income. And working with locals gives access to least-reached communities.

“If you look at the Arabian Peninsula, there are [expatriate] Christians who work in many facets all over the region,” one of our workers says. Sasha* and her husband, Craig,* are long-term OMers who have been in their host country for ten years. Sasha has alternated work outside the home with being at home while raising their family. Craig has been able to work continually full time in the workplace.

“The way you make your choices, how you spend your time, how you’re praying—all of that is built into being intentional.” – Sasha

Of course, it’s not enough just to go to work and earn a paycheck from a local company. As Sasha explains, you can do the work and the local company will benefit.

“But if we don’t ever get around to telling them why we’re different, they’re never going to know. Therein lies the intentionality,” she says. “The way you make your choices, how you spend your time, how you’re praying—all of that is built into being intentional.”

Our foreign workers assess their work environment to discern how best and how freely to share within the workplace. Some employers require a commitment that Christ will not be spoken of at work. Still, there are subtle ways to introduce Biblical truths.

Craig, for instance, posts a Bible verse from Proverbs on the board in his office. “He never says anything about it, but it’s up there,” Sasha says. “Others will come and comment on it. Spiritual conversations come up a lot.”

Taking an interest in customs and traditions, and asking about them, can help Muslim coworkers rethink assumptions and journey toward Christ. Conversations may start with asking, “Why do you pray five times a day? Why do you slaughter a sheep?” Sasha suggested, “If we can get locals to seek and question what they believe, they’re moving closer to finding the truth.”

OM workers hope to share the complete gospel with local colleagues, and that can begin with sharing a short story or biblical idea. “I’ve shared 1 Corinthians 13…as a definition of love,” Sasha said.

A college student, upon hearing the passage, remarked, “I don’t think, by this definition, that I’ve loved anyone.”

Later, while discussing marriage, this student asked Sasha how she and Craig stayed married so long. “It’s because we’ve been following Christ’s example,” Sasha said. “That definition of love I told you? That’s actually the definition of love that comes from the Bible.”

In a season when Sasha and Craig could not speak of Jesus at their jobs, they carried conversations offsite.

Sasha visited a colleague in the hospital who needed surgery and prayed for her. Sasha came back to check on her a few days later. The woman excitedly asked, “Do you remember when you prayed for me in the hospital? Well, you didn’t know it, but I was praying with you.”

The woman’s family wasn’t able to pay for surgery when Sasha first visited. But after Sasha’s visit and prayer, the finances came together.

“She recognized that it was an answer to the prayer she had been praying with me,” Sasha noted, and went on to tell the woman, “I can explain why you had a quick answer to prayer. I prayed in Jesus’ name. Our Bible says that He sat down at the right hand of God, and He intercedes for those who ask. Your prayer went along with mine straight to God.”

Denis* is an OMer who has lived in the Arabian Gulf for 11 years. He recently switched jobs, which opened up opportunities to intentionally share with colleagues. First, he started a prayer group with other believers at work. Second, he introduced Biblical principles to his new team.

“It’s important to speak the truth in love,” Denis told to his employees. One man took it to heart and has embraced this truth. He let Denis know, “I tried it, and it worked, so now I take that [principle] for me!”

Denis has also talked to his team about integrity, asking them, “Do you think we can be a team of integrity?” They were challenged.

“That’s a high standard,” they responded.

One of the men was preparing a bid to present to a vendor. He wanted to embellish the offer to make it more attractive, but Denis discouraged him. In the end, the vendor accepted the honest proposal, “and he very much appreciated our honesty,” Denis shared.

In the workplace, “people take small things [to heart] and they have a big impact,” Denis said. “You see all these things that God is doing without [us] realizing it.”

“He very much appreciated our honesty.” – Denis

Sometimes the gospel must be shown before it can be told. Where resistance or legal barriers exist, being interested, examining cultural assumptions, challenging concepts like love, showing up to pray with a sick colleague and taking a chance on an honest business transaction all preach a new way of life. Doors open for Christ to move in listeners’ lives. As nationals become acquainted with Christian beliefs, we pray that curiosity will grow into deeper interest and a desire to know Him personally. 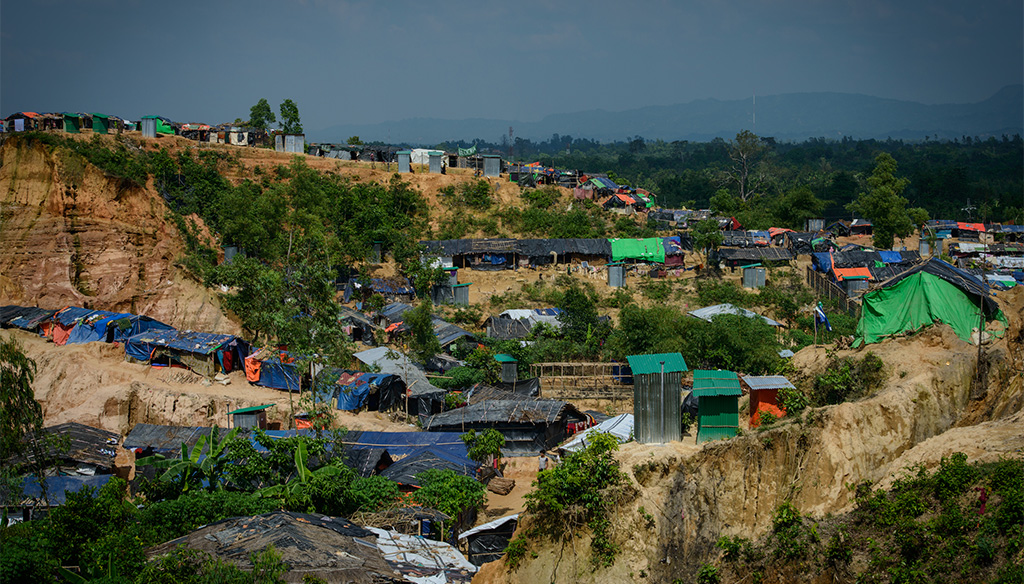