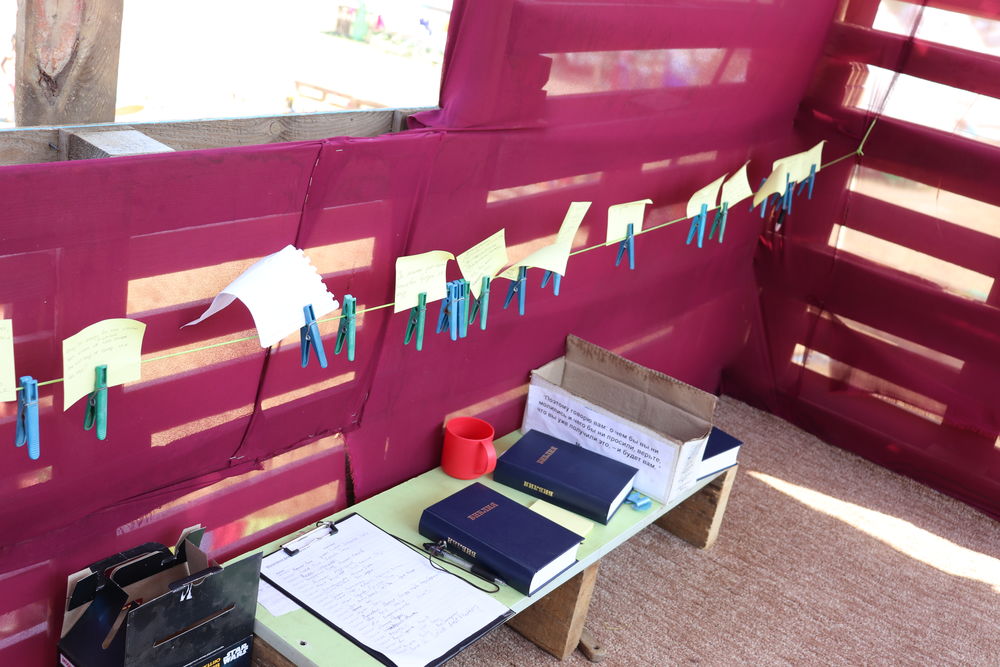 Hensie has been working in Ukraine for the past 15 years, where she is involved with ministry to children from vulnerable populations. She serves on the OM leadership team in Ukraine, as short-term missions coordinator and as part of the camp coordinator team. Hensie was educated as a social worker and earned a BA in drama, experiences that greatly contribute to her roles as programme developer and director for the camp’s theatrical team. Her heart is to see children, teens and youth find life in a relationship with Jesus and see them become part of God’s plan for the salvation of the world. Here, Hensie describes how God used drama to reach children—and a special volunteer—during the last summer camp of 2018.

In autumn 2017, the official 'creative team' in charge of writing theatrical evangelistic camp programs for children from orphanages started to pray about the following year's summer camps. During many meetings, hours on our knees and doing research about our target populations, the Lord placed a story for the background of our camp in the heart of OM worker Nikolai Niuniaiev. The team polished it, added to it, and we watched it grow. We had faith that this was the story that the Lord gave us to impact the lives of the orphans, the story into which the gospel was woven for the children to live during ten days of camp.

In Ukraine, the life expectancy of orphans is no higher than 24 years of age. The statistics are horrific. Most of these children end up caught in a criminal life style, addicts, in prostitution; many even take their own lives. We wanted to give the children a look into what their future could hold, as well as showing them how the grace of God could change their ‘predicted’ futures.

Our background story was about children arriving at Camp LELA in Mexican California in the 1880s from Spain to become new citizens. Here they met a couple of orphans who made the trip with them, excited about starting their new life together. They lived together but were not married. They ignored the invitation of the pastor of a local church to make their lives right with God. The young man then fell for a fake advertisement on a social network from a pretty girl needing his help and ended up trapped as a courier in a drugs ring. The girl got pregnant, but the young man left her for his virtual girlfriend—who did not even exist. Both the girl and the young man got hooked on drugs; the girl attempted an abortion and then attempted suicide. A very dark story, we agree. If not soaked in prayer, we would have chickened out from telling it.

The story did not end there, though. There was a happy ending.

As the time for the camp to start drew near, we experienced an array of issues that we felt were attacks from our enemy. Up until the children arrived, we were unsure of their age groups. There was a point where we were considering running the programme completely without the theatrical part, as we could not find actors. However, Nikolai was absolutely certain that the Lord would supply all our needs, since He was the one who had placed this programme's story so strongly on our hearts.

By the time the children arrived, we were already tired but so blessed as we had a responsible person in every role. A man from the UK, a short-term volunteer, had pitched in and finished the decor on the camp grounds and on stage perfectly, professionally and on time. We were ready.

Ten children and teens accepted Jesus as their personal Saviour on Day Eight of the camp—fruit enough, I would have thought, if I had not already lived through so many miracles during the outreach!

By Day Two, I realised that the girl who played the main role in our theatre program was an unbeliever. I had the incredible privilege to coach her not only as theatre director, but as team leader, through her spiritual struggle. She struggled with the fact that the little children we were working with suffered so much every day, and how God could let that happen. She struggled with the reason the character she played would even think of forgiving the young man who left her pregnant and alone. “Maybe she can forgive, but never reconcile!” was her outcry. This young woman accepted Jesus as her personal Saviour a week after the camp ended.

Every morning, the theatre team would share and pray, and every day one member of the team shared their story with the team. One morning, it was the turn of the young man who played the male lead: the scoundrel who leaves the pregnant girl, giving her money for an abortion. With a smile, he told us that he was playing a role of a guy who basically did exactly what his father did to his mother. I was shocked. His father did not suggest an abortion, though. God used this opportunity to play this role in his life in an unexpected way, bringing healing.

Somewhere in the middle of the camp, the same short-termer from the UK I mentioned earlier, shared his story with me, tears rolling down his cheeks. He came to camp LELA because he grew up without a father, and he wanted to share something of his story with the campers, letting them know about our heavenly Father. He shared that watching the theatre story was like watching his own story. He found it so unexpected that God would choose to bring him to Ukraine not only to be a blessing to others, but also to bring healing to his own heart.

I learnt through this experience that God is always busy on so many levels, and that we will have to wait until we are in heaven to hear and see all that He has done through our obedience to go.