In August 2019, a church on the West Coast sent a team of 20 youth and adults to work with the OM team in Moldova. In a post-trip debrief, the youth pastor reported on the impact the trip had in both the lives of the Moldovans they met and their own church members. During one morning of door-to-door outreach in a Moldovan village, the team led five people to Christ. As one person accepted the Lord, they referred the team to others who in turn heard the Good News and decided to become followers of Jesus. 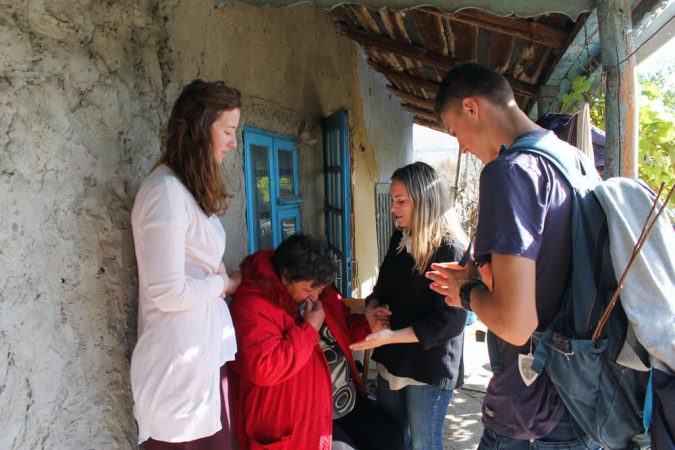 Team members praying with a local woman in Moldova.

On the Sunday after the team returned home, three of the students who were a part of the outreach went forward in the church service to commit their lives to serve the Lord wherever He might lead them. Now the church is planning their next short-term trip with OM to the Philippines!

Building Relationships through Basketball
Short Term, Interns, Volunteers/North America/Ships/Business/Vocational/Church/Evangelism
Crew on board Logos Hope signed up to play in a basketball tournament while the ship was in Barbados. The basketball club was created by a loc...
More About using basketball & relationships in evangelism »