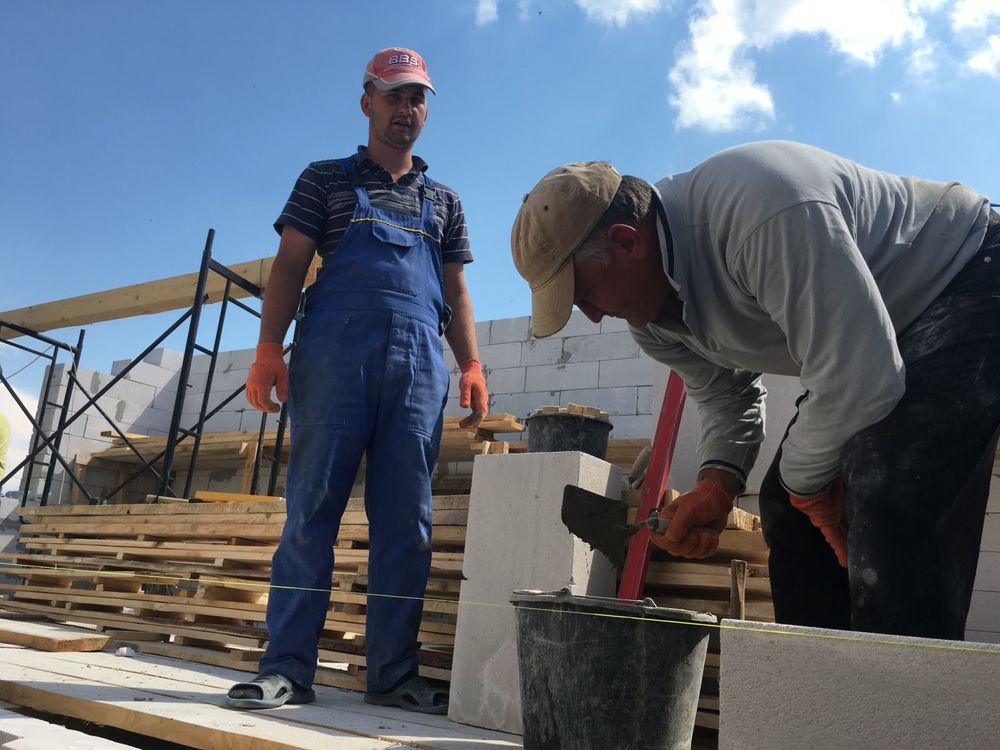 “I have a vision to see Ukrainian missionaries trained and sent out to serve in their own country, neighbouring countries, and beyond,” shares Pastor Oleg, who has led the development of a mission training course and mission centre in western Ukraine.

Oleg Abaturov grew up in Ukraine and has been involved in mission and church for many years. Having left the world of business and joined OM in 2000, he is now the pastor of a local church and currently leads the OM team in Rivne. The city of Rivne has one of the largest Christian populations in Ukraine, with over 100 protestant churches. For many years Oleg has been helping to build up the Ukrainian church, and his many local connections helped him to take the project from a dream to reality.

Oleg explains that, since OM began in Ukraine in 1994, it had always been the dream to have a training school, but it wasn’t until 2014 that the dream started to become a reality. Around that time, Oleg felt that it was the right time to develop a training programme. “We were sending people out, but unlike OM in other countries, we were not training them beforehand,” comments Oleg. “I visited the OM team in Moldova and saw the training that new missionaries received there. I saw the need to do something similar in Ukraine.”

The biggest challenge to overcome was accommodation for the participants. The building of a mission centre was a huge project to embark on, but Oleg says it was a natural progression. “Generally, OM no longer focusses on large infrastructure projects, but I felt that God was calling us to build the mission centre.” Finance for the building was raised through selling a flat that OM owned, alongside a grant from a US fund.

The construction of the mission centre began in 2017 and, two years later, the first half is complete. This is the accommodation for students and the kitchen and dining area, and work on the second half—accommodation for couples, families and teachers—is underway and will hopefully be completed next year.

The building was converted from a garage that stood behind the OM office. Oleg tells a story that, when the garage was built, the foundations were built much stronger than they needed to be. At that time there was absolutely no plan to build any more floors, and Oleg and the team thought it was going overboard. “The builder said he wanted to do a good quality job!” recalls Oleg. So, when many years later they decided to build an extra floor on the building, as part of the conversion, they remembered this and laughed in amazement, as they realised that God had known that the strong foundation would be needed! “It’s God leading, not me!” Oleg remarks joyfully.

In preparing for the first mission training course, the team decided not to do any advertising, but just invite a few specific people. Even without much advertising, news of the course spread. “I had many people with whom I have connections, contacting me and inviting me to talk about the vision at their conferences!” tells Oleg. “For the first course we had ten participants!”

The team successfully ran their first mission training course in the summer of 2019. “Over one and a half months, we cover nine subjects,” Oleg explains. “Half of the sessions focus on practical skills for mission work, and the other half covers Biblical topics.”

It’s not just new missionaries that benefitted from the course. One Ukrainian family, who are working as missionaries in Cambodia, also took part. “They wanted to gain more training, and therefore, whilst they were home on a visit, they were able to participate in the course,” says Oleg.

Oleg wants to see more Ukrainians trained and sent out to reach their own people in neighbouring countries. Before the war in eastern Ukraine, the main destination was Russia, but since the deterioration of relations between the two countries, the focus has had to change. Recently, Oleg went on a trip to Poland, where there are three million Ukrainians living and working, with 60,000 of those residing in the city of Gdańsk. “Pastors and churches in that area are asking for Ukrainians to be sent to minister to their own people,” tells Oleg. He envisages that OM can train Ukrainians to be sent to minister to them. “It’s a challenge, but we have the opportunity to be a catalyst in mobilising Ukrainians to reach Russian and Ukrainian speakers in Poland,” shares Oleg.

They plan to run the course regularly, with the next course scheduled for March 2020. They already have students lined up, and Oleg is excited to see how this programme develops. “It’s my passion!” he shares enthusiastically.,